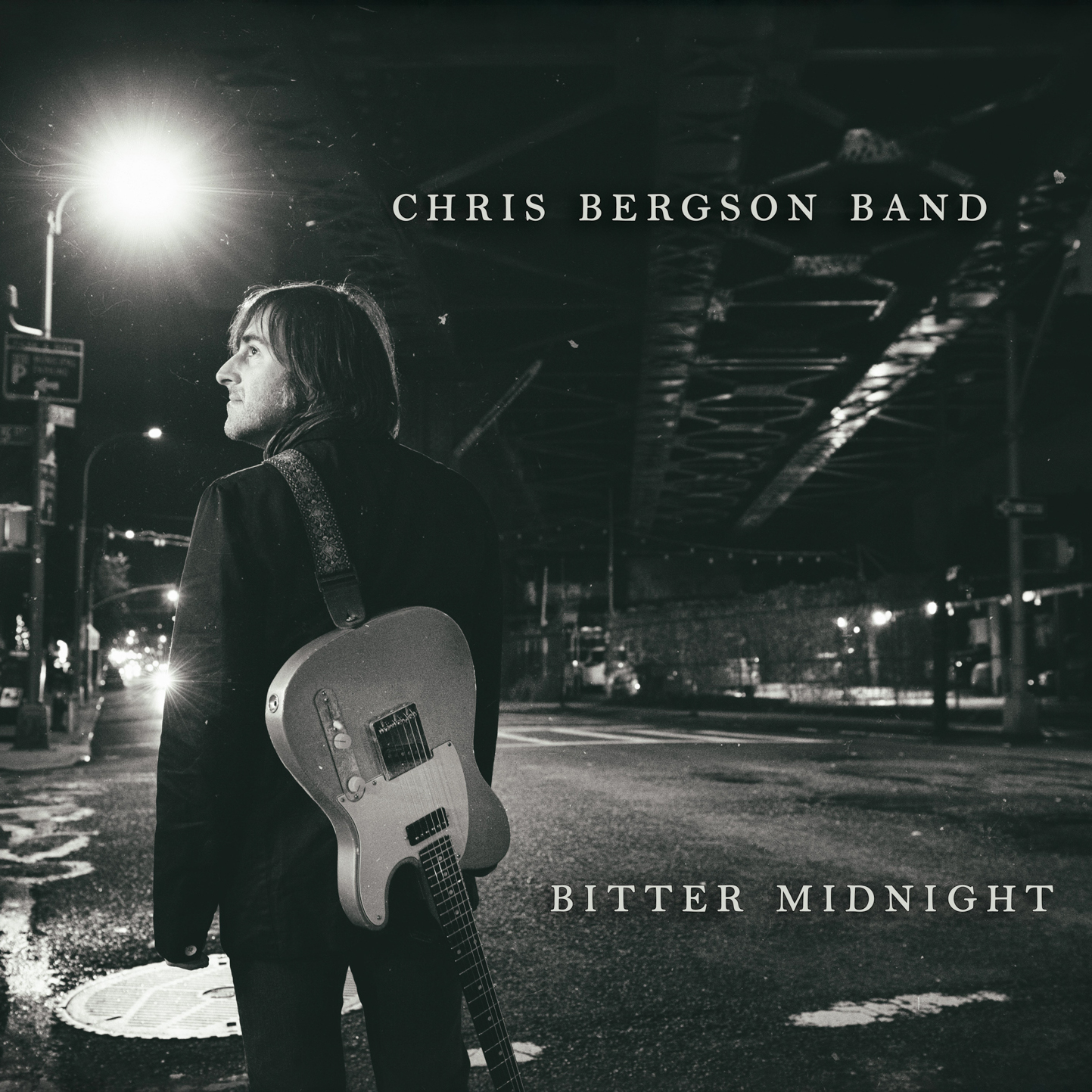 “As we’ve come to expect from Bergson, Bitter Midnight is full of tasty, intuitive guitar work and passionate vocals but besides that, the album is also a triumph for his qualities as a composer. An absolute must for fans of blues, soul and southern rock.” – Kevin Passman, Gitarist Magazine (Holland)

“It was great to record with some of my favorite musicians,“ says Bergson. “Some of the guys, like Richard Hammond, Aaron Comess, and Tony Mason, I’ve been playing with for years but had never recorded with before, so it was nice to finally document the rapport we’ve developed over many gigs.”

“I got it – just drums and clav on the intro!” And with that impromptu suggestion in the studio from drummer Aaron Comess, so begins “Pedal Tones,” the album’s opening track which Bergson penned with one of his most frequent collaborators, co-lyricist Kate Ross. With Comess’ opening snare drum fill leading to a funky clavinet riff from Craig Dreyer, the swampy groove keeps percolating with the addition of Jay Collins’ cowbell in this rumination on absence and loss.

Many of the songs on the record were inspired by Bergson’s recent European tours that have included performances in France, Spain, Belgium, The Netherlands, Germany, Slovenia, Ireland, the Czech Republic, and Slovakia. As Bergson explains, “One of my favorite things to do when I get a day off on the road is to get out and explore.” “5:20,” written with co-lyricist Kate Ross, was inspired by a visit to the Musée d’Orsay in Paris. “I kept returning to this one Monet painting – it captured a beautiful sadness I couldn’t turn away from…Standing in front of the painting, I heard echoes of Hank Williams and Robert Johnson and thought of all the great American train songs.”